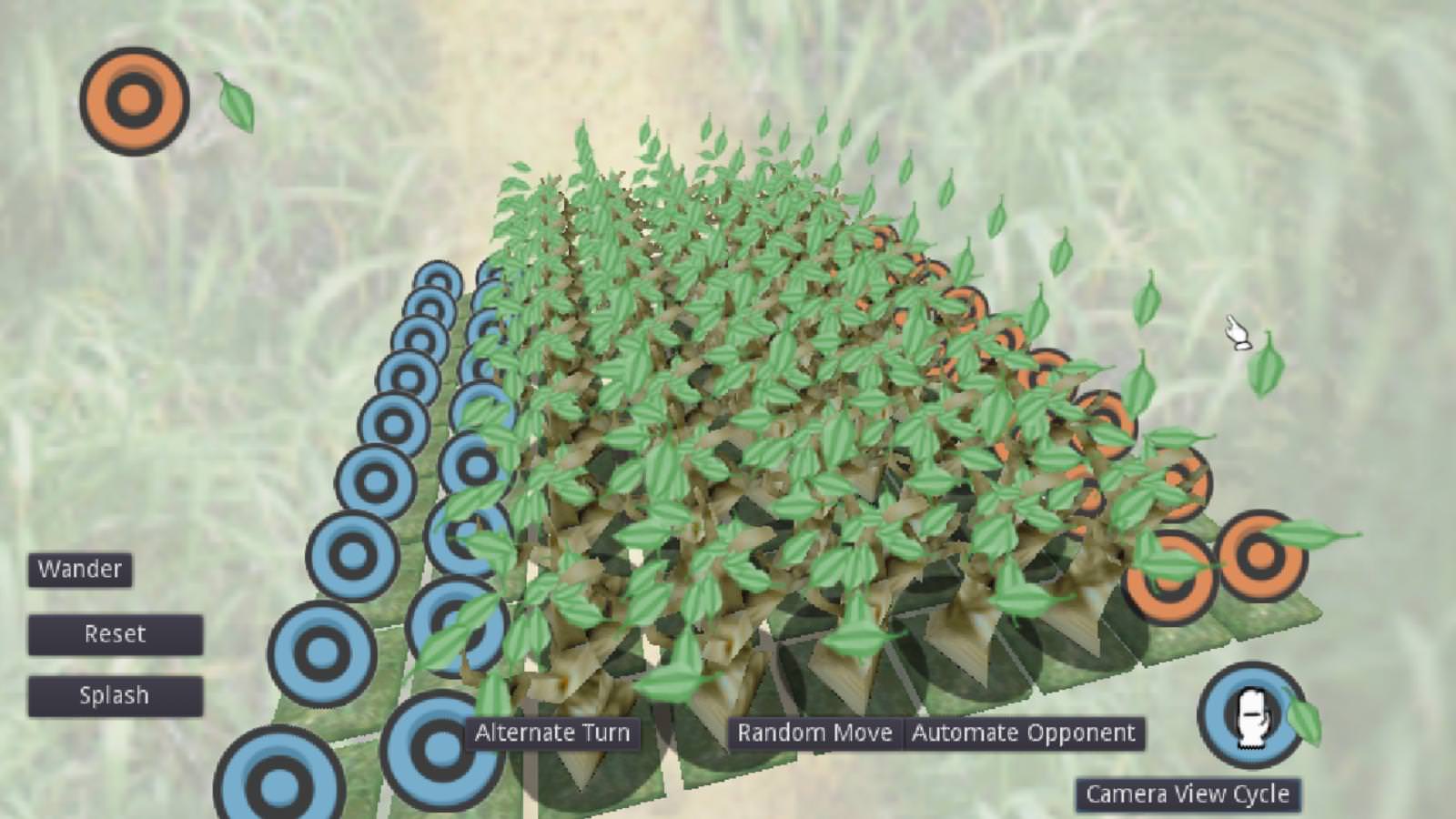 I decided I'd do the CFN Game Jam, themed 'The Road Less Traveled', because I got so caught up in the RPG / Shoot'em'up stuff I was working on. Did a simple checkers thing, so here are the images for that that've put up. Some of them have errors from pasting into paint but I will update with more solid ones toward the end the Game Jam

The idea is that you can move within some range, relatively foward, on your side. You can move the blue and red tiles.

In Point mode, they destroy one another, and leaves are added when a row or column is taken. The tiles are checkered.
In Poem mode, you can move pieces anywhere, and trees grow back. The tiles appear to be grass, and change to a yellow path when stepped on.

Points were added initially so they are in points mode, and then taken out in Poem Mode.

I referenced the Robert Frost poem for imagery, such as yellow path, green grass, brambles, and nature in general. 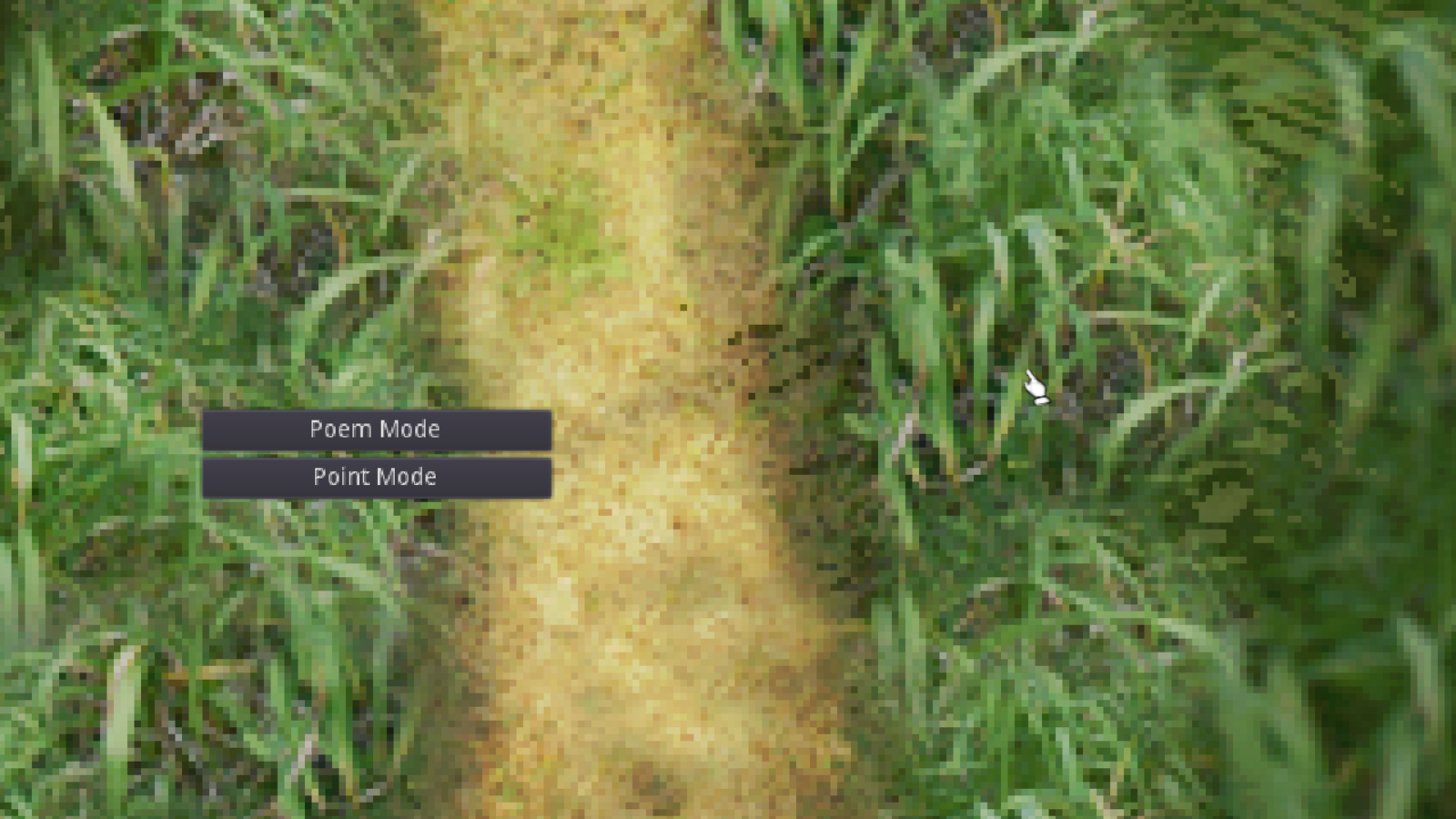 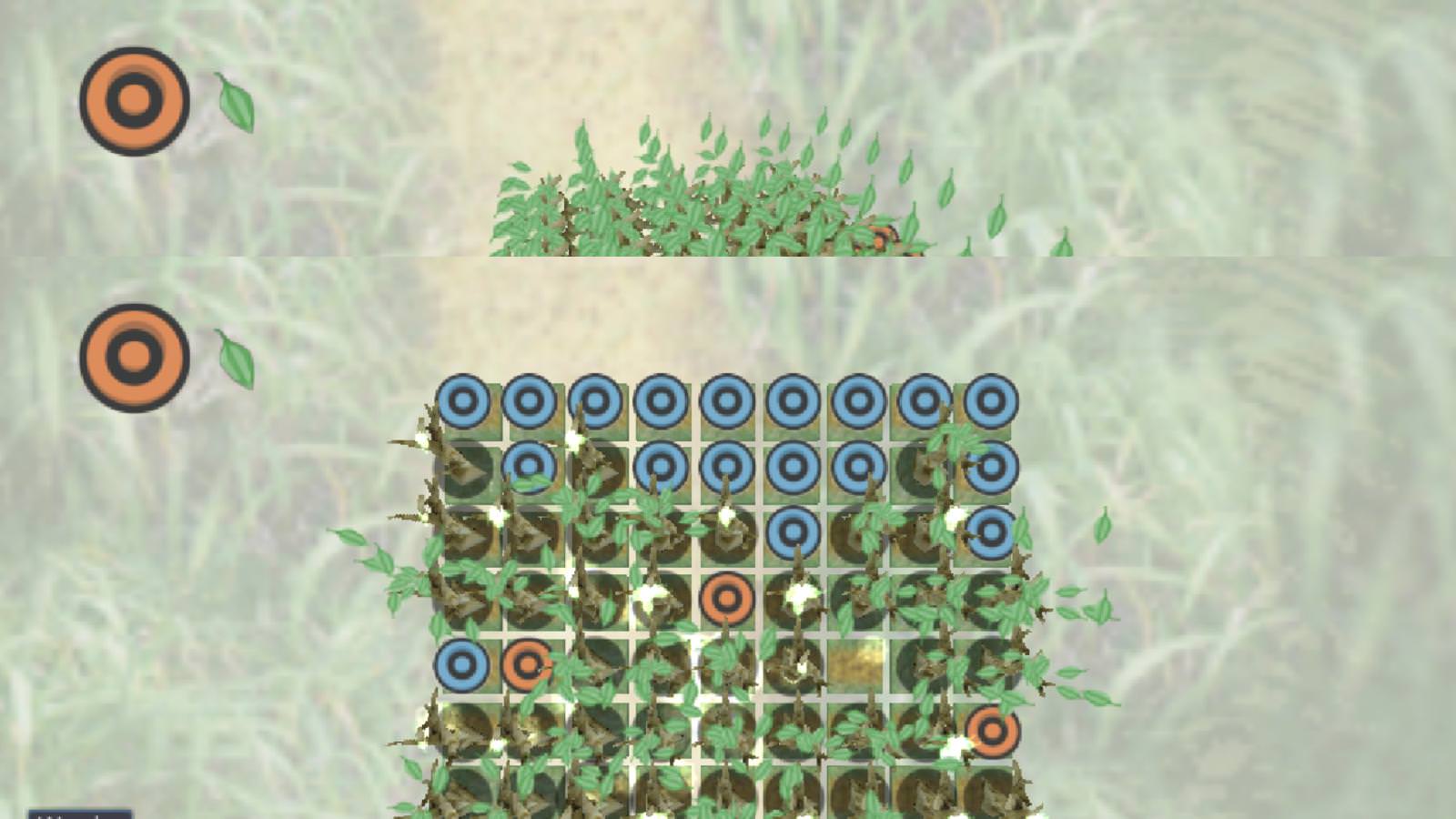 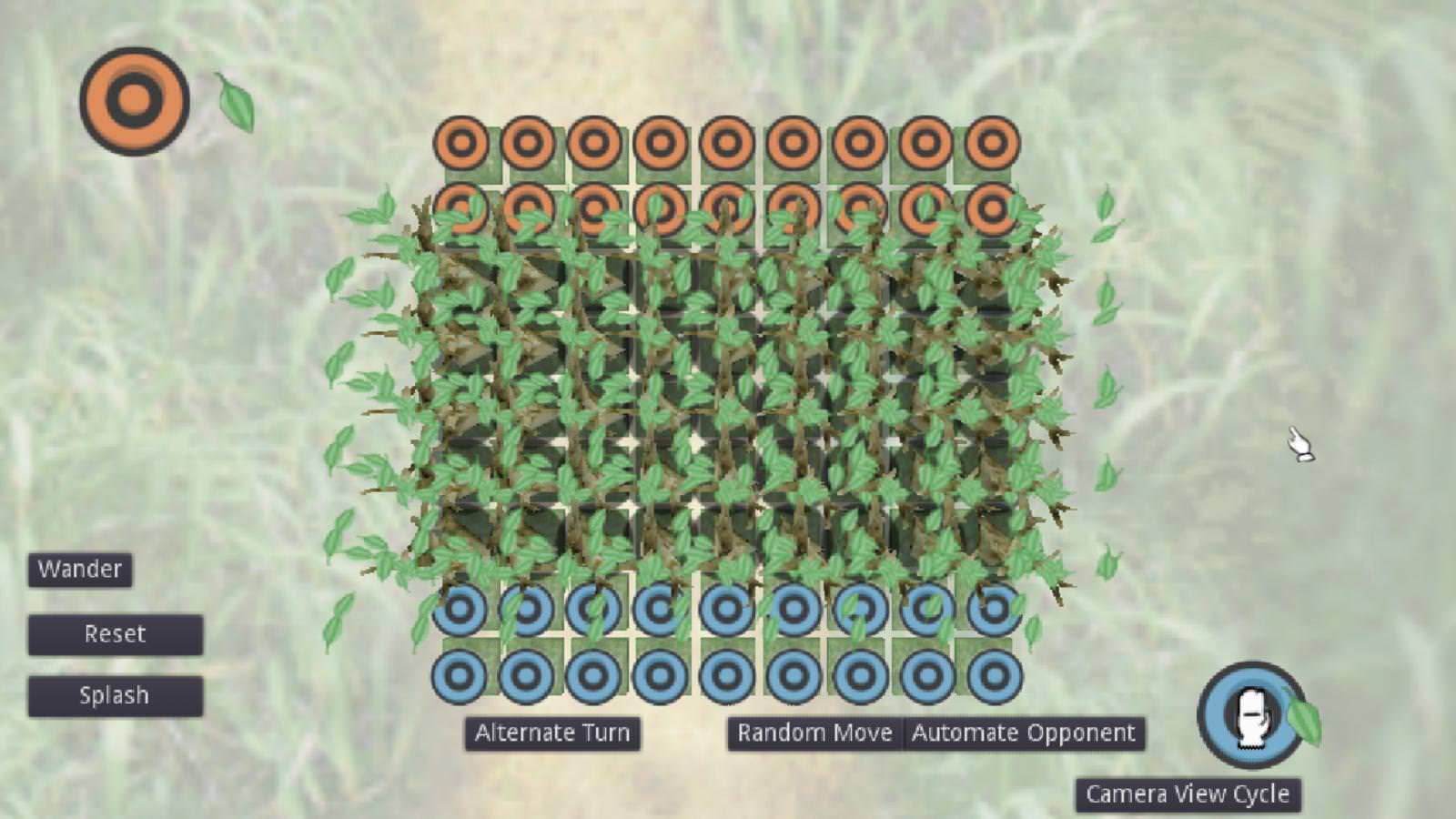 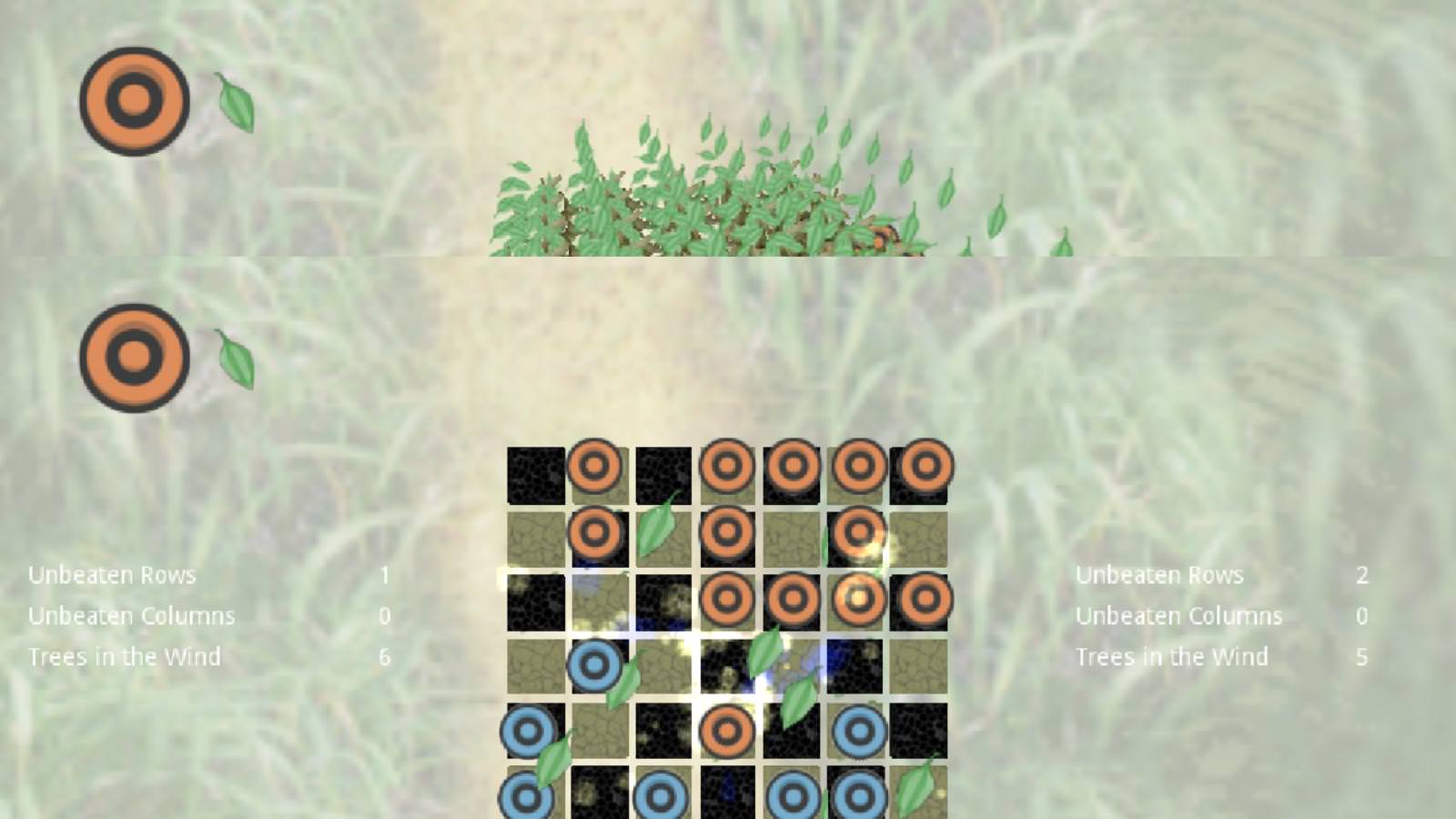 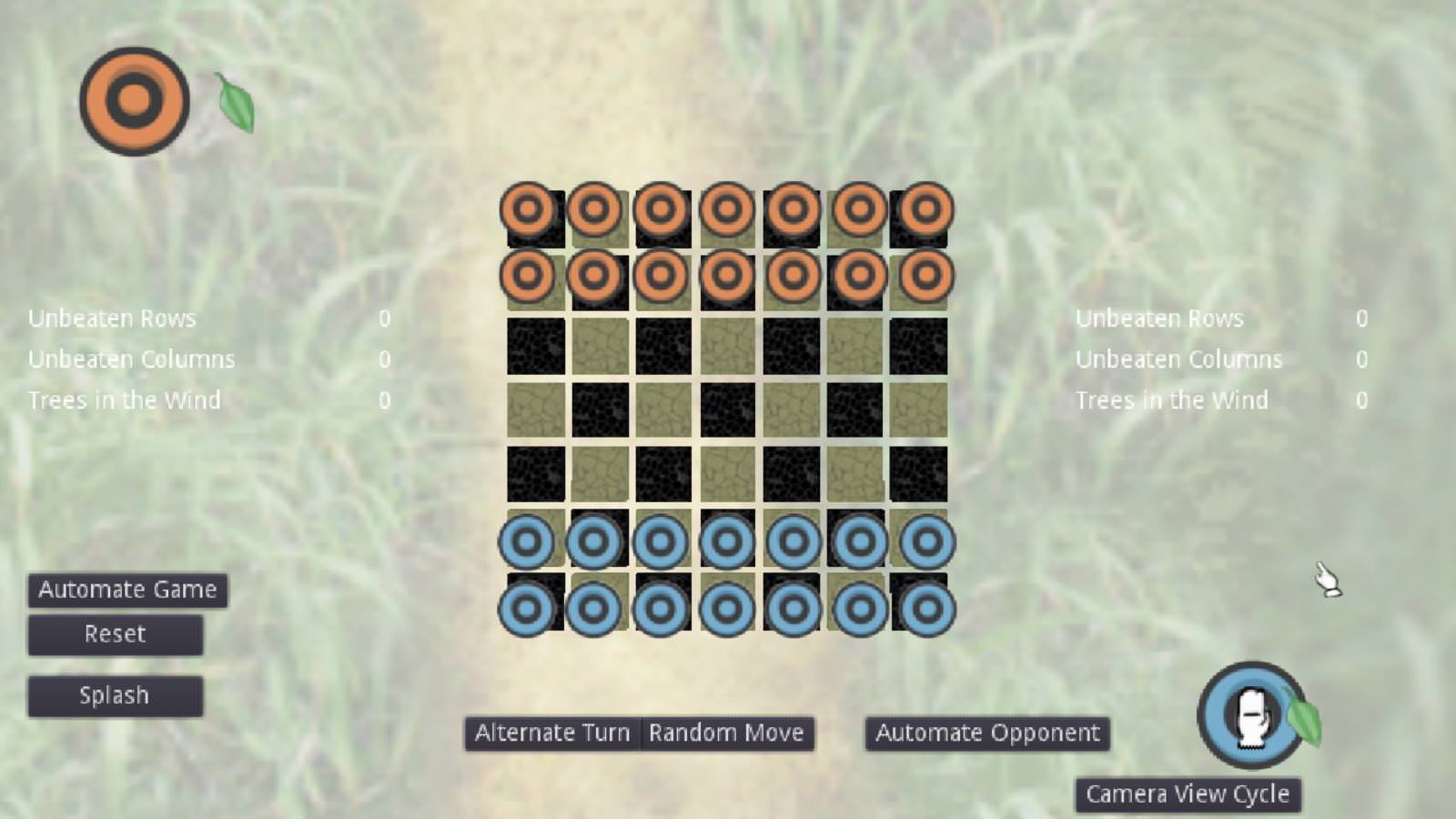 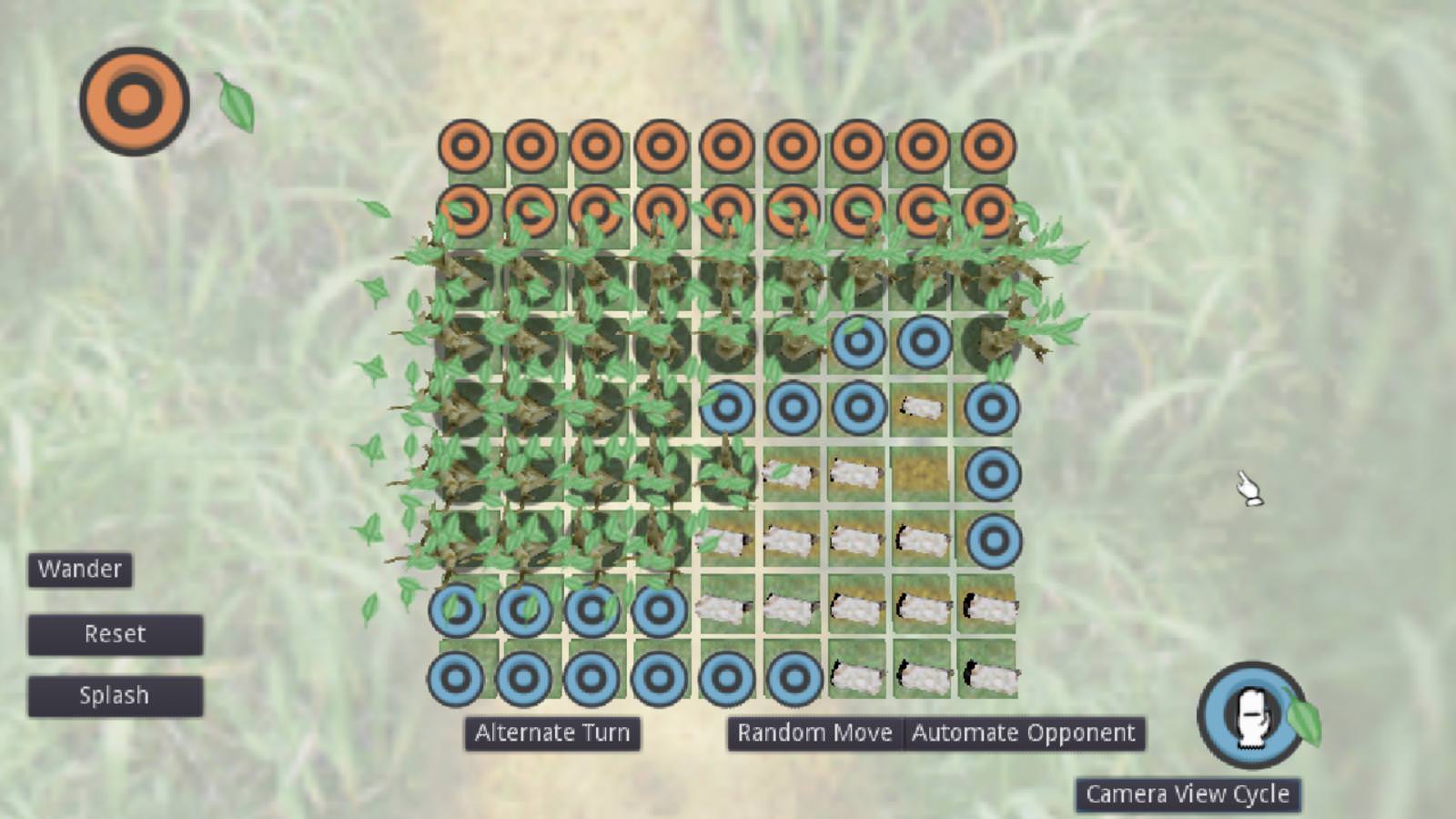