Procedural animation on models via input

So, I've been trying to customize the standard character controller to match the procedural animation technique by Wolfire Games as shown here: 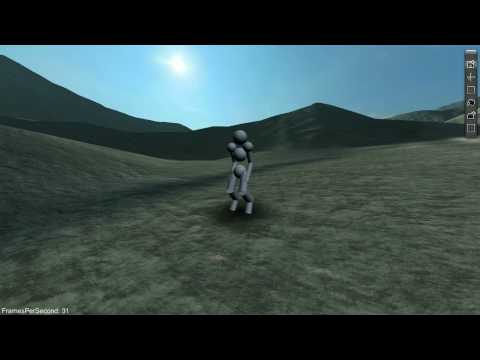 I've been applying a small rotation to the hip bone based on the key that is being pressed: W, A, S or D. However, it's not as smooth as that. The rotation is very abrupt and doesn't sway to the direction. Does anyone know how to do this, technically? It is really a hip bone rotation?