Home › General Chat
This is the testing Godot forums! All forum posts unique to this forum will be deleted! Please use the main forums here for any posts you want to keep. All forum rules still apply.

Idea is that Creating a shape projection tool that essentially places a shadow where the projected bounding box of the shape hits a surface.

Allowing for much faster shadows as the directions and softness and interactions are all predesided.
This will allow u to turn shadows on lights (off) as calculation is not needed or exclude certain objects from shadow calculation as u already placed it. And you can Manually choose shadow resolution for each object.

Since the bounding box is separate node object you can add as many as u want for adding multiple shadows to an object.

You can control shadow direction with a simple animated bone attached and animate shadow direction. Makes it easy to make animated direction parented to where the light position is.
Tool sliders for shadow falloff and softness, color and darkness amount can be set as well as texture if want added design in the projected shadow.

Since shadow is a node based object basically you can also add physics collisions and all sorts of weird interactions to the shadow itself. 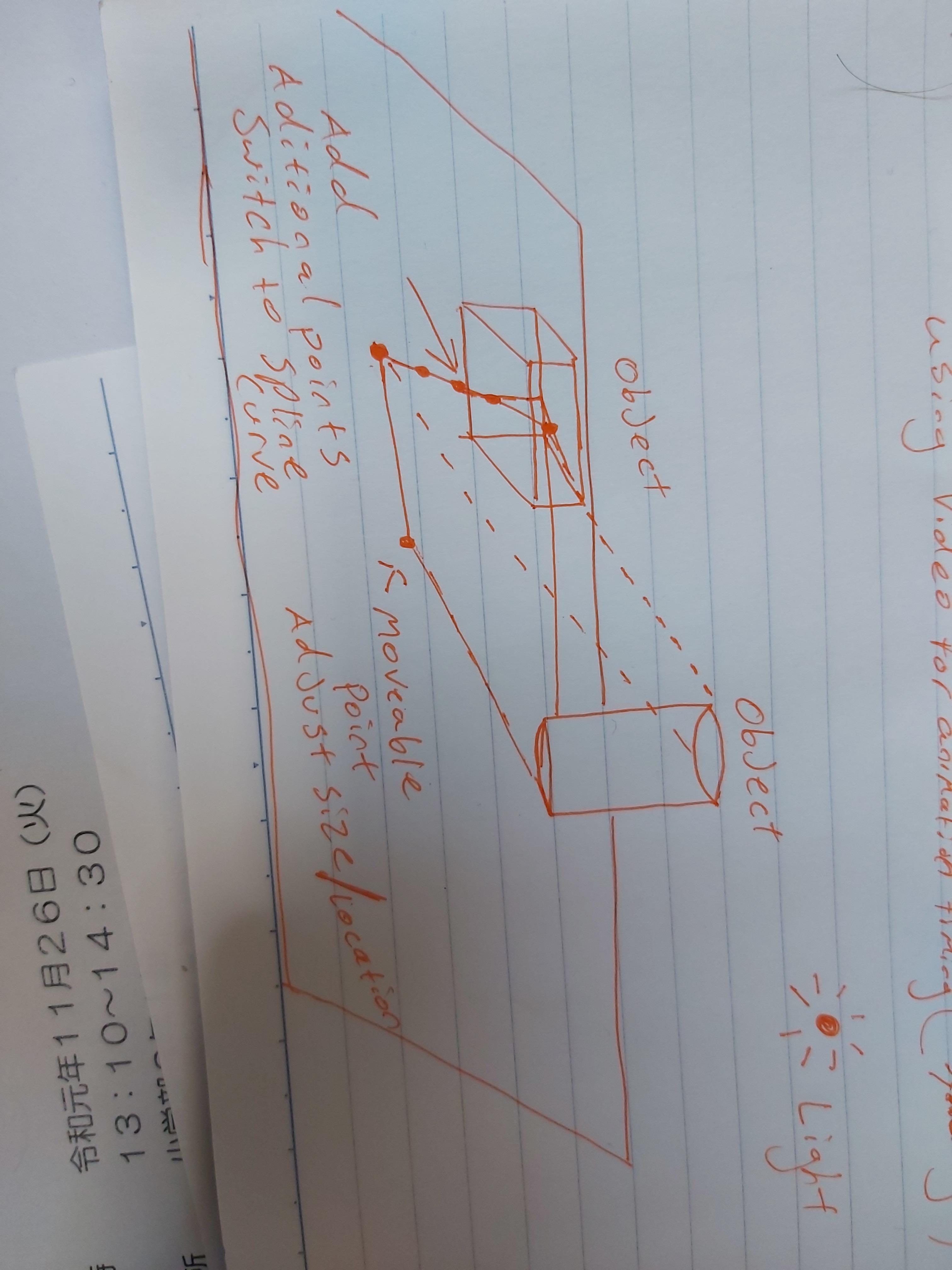 Wondering what community thinks of this idea/ shadow implementation Tool. I believe it would (Greatly)increase render speeds and thus FPS.