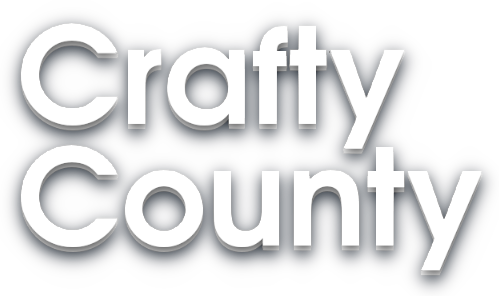 Hello everyone, my name is Tim Krief, I just finished my studies and I'm seriously getting into independent game development. To learn more about me, you can check my recent 2019 retrospective thread or the page that lists my main past game projects https://timkrief.itch.io .

Now, let me introduce my project, CraftyCounty . CraftyCounty was originally a submission for JamCraft4 (a Gamejam based on the "crafting" mechanics) but since became a full game project in its own right.

The game will be an original mix between city-builders, puzzles, and also simulation games. Multiple game mode will exist, but in the main game mode, you are at the head of a city made up of groups of four buildings of different proportions. You can interact with these groups to either change the buildings that constitute them, or to craft new buildings four times bigger by merging them.

The resulting building depends on the composition of the original group of four. For example, four small houses merge into a residence, but four trees merge into a grove. The game will contain so many buildings of all sizes that the real challenge across all game modes will be to discover them all. At the end you merge your whole town to get a summary of your performance. I'll share more gameplay details during the development.

State of the project

I worked more than three full week on this game already and I'm proud to announce that I recently released a demo that you can try for yourself : https://timkrief.itch.io/craftycounty/devlog/119728/release-of-the-enhanced-gamejam-version-of-craftycounty

I can't wait to get your feedback on this and to share more development news with you. (I'm more active on twitter @timkrief if you want frequent development updates.)