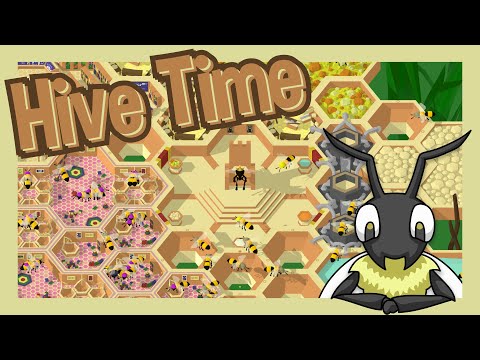 Build a hive, make some honey! Hive Time is a small, bee themed management/base building sim. Harvest resources, grow your hive, and produce a new Queen before the current one dies. 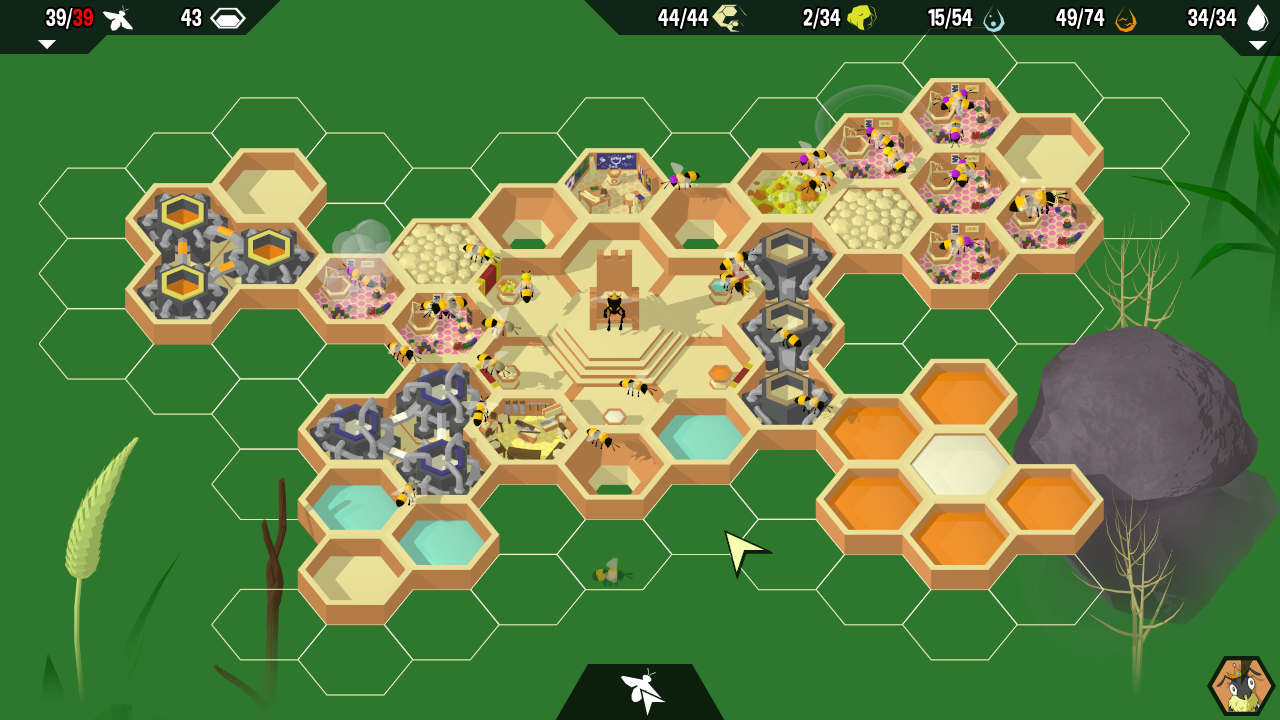 Manage different bee roles in a totally scientifically inaccurate depiction of hive dynamics. Send Foragers out to find pollen and nectar, have Builders research new cell types, and ensure you have enough Beesitters to raise the next generation of bees. 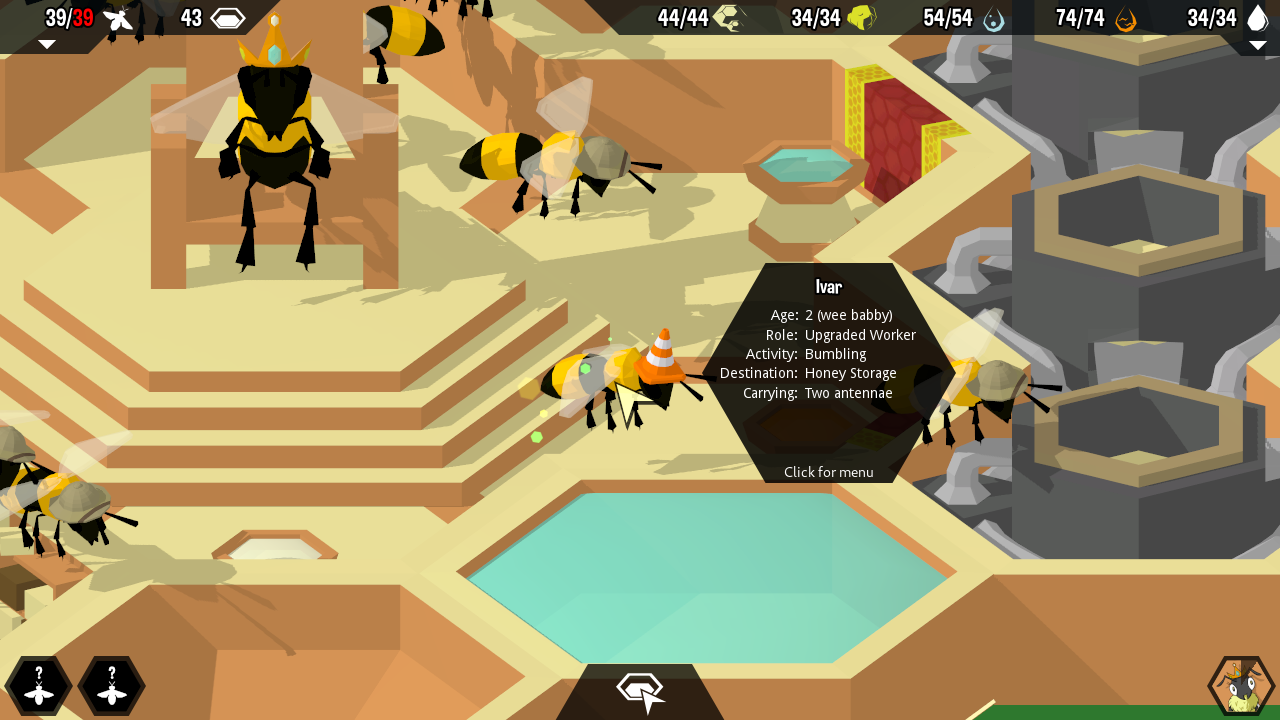 Make interesting choices that affect the hive. Respond to wasp attacks, deal with outlaw slugs, or help a caterpillar realise a lifelong dream. 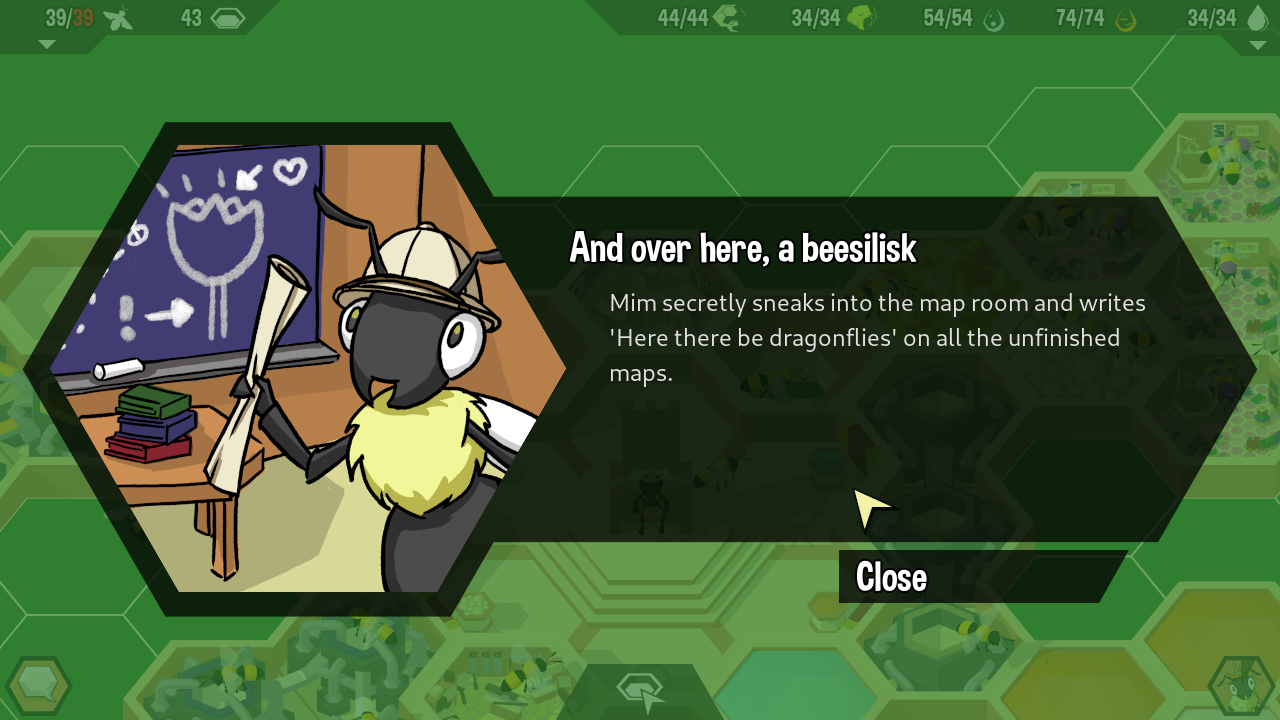 Hive Time is available on Itch.io for Linux, MacOS (10.14 and lower), and Windows.